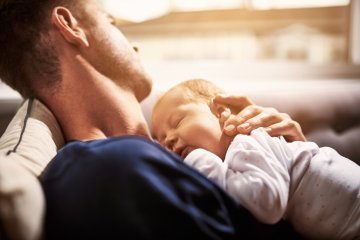 Kai and Michael Korok have become the first same-sex couple to adopt in Germany, formally welcoming their two-year-old son Maximillian into their family on 10 October.

Maximilian has been with the Koroks since birth, after the couple took him in as foster parents. Michael said that becoming the child’s joint legal parents is a “wonderful feeling”. The couple have been fostering children for many years and have been strong advocates of equal adoption rights for same-sex couples. The couple’s application to adopt was approved by the Berlin Kreuzberg district court eight days after Kai and Michael officially married on 2 October.

Same-sex marriage was only made legal in Germany on 1 October 2017 but same-sex couples have been able to register civil partnerships in the country since 2001. This move means that same-sex couples will now have access to the same rights granted to heterosexual couples who marry, such as adopting children. Bobo Mende and Karl Kreile were the first gay couple to marry in Germany, closely followed by Kai and Michael.

While Germany was one of the first countries to allow civil unions, the country had been significantly behind its neighbours in modernising legal rights for same-sex couples. The Netherlands was the first European country to take the step forward in legalising same-sex marriage back in 2001, followed by a steady stream of other European countries such as Belgium in 2003, France in 2013 and the UK in 2014.

The issue of same-sex marriage has divided Chancellor Angela Merkel’s party, the Christian Democratic Union, and indeed German politics for many years. However, this summer Merkel allowed parliament to hold a vote on same-sex marriage, resulting in the Bundestag voting to legalise same-sex marriage. The German Chancellor told her more conservative MPs to “follow their conscience on a gay marriage vote”. While Merkel said that she voted against the bill, she is in support of full adoption rights for same-sex couples and she hoped the move would bring about “social cohesion and peace”.

Joerg Steinert, spokesman for LSVD (Lesben- und Schwulenverband in Deutschland), told AFP that this monumental step is “proof that %27marriage for all%27 is not just symbolic." From now on, it is likely that many more same-sex couples eager to start a family together will be making steps to adopt a child, many of whom, like the Koroks, have already been parent-figures to children for years.

Transgender couple delighted to be first to marry in Nepal
This site uses cookies. Find out more. Continued use of this site is deemed as consent.   CLOSE ✖