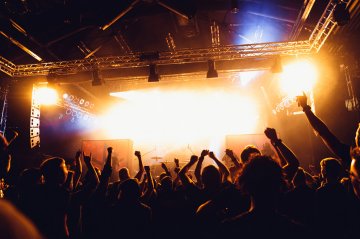 The marriage that brought together two of Britain’s wealthiest families was officially dissolved today when Ben and Kate Goldsmith were granted a decree nisi by Deputy District Judge Felicity Crowther after just 65 seconds. The judge accepted that the petitioner, Ben Goldsmith, had proved his claim of adultery against Kate.

The couple split in June 2012 after news of Kate’s infidelity with New Orleans rapper Jay Electronica – real name Timothy Elpadaro Thedford – came to light. The separation was initially acrimonious, with Ben Goldsmith being cautioned for assault following a row at their £20 million home in Kensington, West London.

A public Twitter war ensued between the couple, but they seemed eventually to put their feud behind them, issuing a press release to apologise for their actions, stating: “It is a matter of regret to us that, at a time when our emotions and those of our friends have run high, things have been said in public which should have been kept private.”

Both divorcees come from illustrious families, but also have their own respective business interests. Kate Rothschild, daughter of the late Amschel Rothschild and his wife Anita Guinness, owns a small record company, Roundtable Records; her estranged husband is the son of late billionaire James Goldsmith and socialite Annabel Goldsmith and he set up a green venture capital firm, Wheb Ventures.

The couple met while still in school and married on 20th September 2003 aged just 23 and 21. Kate has attributed the breakdown of their marriage to the fact that they married young, telling Vogue magazine last year that their relationship had been “a real love story.” They have three children together: Iris Annabel, born 2004, Frank James Amschel born 2005 and Isaac Benjamin Victor born 2008.

Ben Goldsmith is now romantically involved with lingerie model and film producer Jemima Jones, while Kate is still living in the marital home in Kensington with the three young children.

Karen Elson on how divorce has affected her life
This site uses cookies. Find out more. Continued use of this site is deemed as consent.   CLOSE ✖