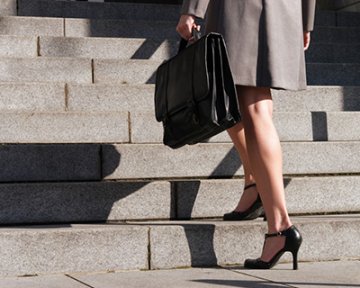 The BBC recently announced that it has given the green light to a brand new original drama series, The Split, which will focus on female lawyers in London, the “divorce capital of the world”. The series, due to air next year, will focus on three sisters, two of whom are leading divorce lawyers at rival City firms. While it will explore the sisters’ personal lives and how those intersect with their professional lives, the announcement promises viewers “a surprising array of cases, scandalous affairs and big-figure settlements.” More than that, it claims the drama will examine “the very fabric of 21st century marriage, the meaning of commitment and the nature of the ever-changing idea of family.” Heading the project is award-winning screenwriter Abi Morgan, known for her work on the incisive film Suffragette, who had this to say about The Split: “As Robin Williams once said %27Divorce is expensive… like ripping your heart out through your wallet.’ The Split exposes the complex realities of high end divorce and broken marriage through female divorce lawyers and sisters embattled and bound by their own troubled past.” She went on to express her excitement at working with Charlotte Moore, Acting Director of BBC Television and Lucy Richer, Acting Controller of BBC Drama, as well as Jane Featherstone, former head of Kudos and founder of Sister Pictures, the company which will be producing The Split. It remains to be seen whether The Split will be at all accurate about the world of divorce law, but with a brilliant female creative team behind it, we’re looking forward to finding out.

The danger of DIY divorce
This site uses cookies. Find out more. Continued use of this site is deemed as consent.   CLOSE ✖