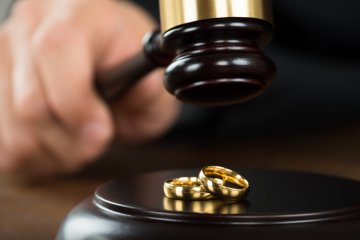 After suffering a fresh defeat in the Court of Appeal back in February, a heterosexual couple who wish to enter into a civil partnership have been given the green light for their case to be heard in the Supreme Court of England and Wales.

Charles Keidan and Rebecca Steinfeld first sought to become civil partners in 2014, despite the fact that, per section 3 of the Civil Partnership Act 2004, only same-sex couples are eligible for such unions. The two academics, who started a relationship in 2010, describe civil partnerships as "a modern social institution with identical legal rights and responsibilities as marriage, but without its historical baggage, gendered provisions and social expectations."

Since the Marriage (Same Sex Couples) Act 2013 legalised gay marriage, the number of couples entering into civil partnerships in England and Wales has plummeted—decreasing by 89% between 2013 and 2015—and thousands of same-sex couples who had entered civil partnerships before the Act chose to convert their union into a marriage.

Mr Keidan and Ms Steinfeld say that allowing straight couples to become civil partners would "complete the circle of full relationship equality that began with the hard-won victory for same-sex marriage."

Some commentators have expressed discomfort over the seeming equivalence of the long fight for equal marriage and the pair’s legal challenge. After all, a three-year fight for a union that affords parties no additional rights than marriage pales in comparison by to centuries of oppression suffered by LGBT people. That said, for some, the patriarchal and/or religious foundations of marriage as an institution have cast a long shadow, and on these grounds it is perfectly understandable that a couple may wish to enter into a legally recognised relationship, like civil partnerships that is free from such baggage.

In January 2016, the High Court denied Mr Keidan and Ms Steinfeld the right to become civil partners, a decision upheld by the Court of Appeal earlier this year. However, all three presiding judges agreed that the current law was discriminatory and could not last indefinitely.

Despite these earlier knock-backs, it is significant that the couple have been granted permission to appeal to the Supreme Court, which only accepts a handful of cases considered sufficiently important every year.

Reflecting on this latest development, Mr Kaiden had this to say:

“The incredible support from many thousands of people who have signed our petition and backing from MPs across the political spectrum has enabled us to come this far...Over the last few years, we’ve heard the same message: whilst most couples want financial and legal protection for themselves and their families, not all feel comfortable with marriage.Civil partnerships offer a legally binding arrangement that is fair, popular and good for families and children."

No date has yet been set for a Supreme Court hearing. The pair’s Change.org petition to open civil partnerships to everyone has garnered over 78,000 signatures to date.

Legal recognition of a same-sex relationship, introduced in 2005. Now an alternative to same sex marriage.

The highest court in the United Kingdom. The court hears cases on appeal from the Court of Appeal, and generally only hears cases which have important ramifications for the rest of the law.
“Ayesha Vardag - Britain’s top divorce lawyer.”

Decree nisi pronounced in the Ryan Giggs divorce case
This site uses cookies. Find out more. Continued use of this site is deemed as consent.   CLOSE ✖