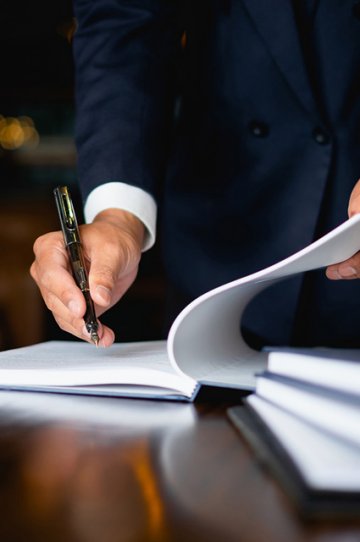 Last month, a private member’s bill tabled by Baroness Ruth Deech passed its second reading in the House of Lords. The Divorce (Financial Provision) Bill would amend the Matrimonial Causes Act, introducing an equal split of matrimonial assets as a "starting point" and placing a cap on maintenance claims.

Under the Bill, spouses would only be entitled to most types of maintenance on a short-term basis following their divorce. This has generated some controversy in legal circles, with critics arguing that a maintenance cap would put women, still so often the family’s primary caregiver, at a significant disadvantage. Women who take a career break to shoulder the responsibilities of childcare may find their earning capacity stymied while their husband’s continues to grow unencumbered. Longer-term maintenance payments, appropriately awarded, help mitigate this unfairness.

The Divorce (Financial Provision) Bill has also been criticised for its apparent ’one size fits all’ model. During the bill’s second reading, Baroness Deech cited a letter from a senior judge which warned against “the crude and amateurish reform of the delicately calibrated law of financial provision following divorce, which is currently attracting some support in the House of Lords”.

However, Baroness Deech deemed the remark "narcissistic", reminding her audience that an overzealous reliance upon judicial discretion leads to "uncertainty, expense and unpredictability" and that "rule of law demands that the law be predictable and certain, all the more so when the Government have removed the prop of legal aid."

Generous settlements awarded to the wives in cases involving substantial assets often catch the media’s glare. Former Pirelli model Christina Estrada hit the headlines back in July 2016 for her £53 million divorce settlement and just last week UK businessman Graham Mills spoke out in favour of maintenance caps, after his maintenance payments to his wife were increased, fifteen years after their divorce.

Mr Mills barrister, Philip Cayford QC urged the court to reflect “social change” in their judgement: “it is wrong in principle and in law that the wife should continue to depend, and indeed seek to increase, her dependence on the husband”.

Such comments are echoed by Baroness Deech, in interview with The Telegraph:

“If there is one thing that stops women getting back on their feet and being treated seriously and equally at work, it is the assumption throughout the legal system that once a woman is married she is somehow disabled and incapable ever of managing on her own for the rest of her life." "My Bill...would bring England and Wales into line, not only with Scotland but with most of western Europe and most of the American states in splitting matrimonial assets and curbing life-long maintenance.”

Baroness Deech’s Divorce (Financial Provision) Bill does not seek to put a cap in lump sum payments. If passed, equal distribution of matrimonial property would be the assumed starting point during divorce proceedings. The sharing principle was established in the judgment of White v White , when Lord Nicholls stated that tentative views must be checked “against the yardstick of equality”, but cautioned that introducing a 50-50 division of assets as a starting point would be “impermissible judicial gloss”; introducing a legal provision was a "matter for parliament".

For now, it remains to be seen whether such a provision will be introduced. The Divorce (Financial Provision) Bill will now proceed to committee stage, although a date for this is yet to be announced. You can read the Bill in full here.

Getting to know our Newcastle office
This site uses cookies. Find out more. Continued use of this site is deemed as consent.   CLOSE ✖