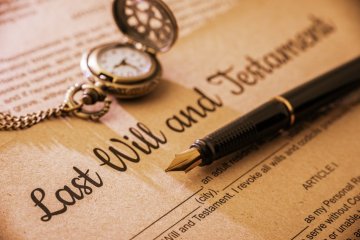 The mistress of late millionaire Baldhev Kohli is challenging his will on behalf of their young daughter, in a battle concerning the deceased’s apparent double life across the UK and India.

The case sees Melissa Proles fighting Mr Kohli’s wife, Harjeet Kaur Kohli, for a share of the £2.5 million fortune the deceased left to his wife. Mrs Kohli had remained in India with the couple’s children when her husband came to the UK for business and was with him in India when he died of cancer aged 59. In the interim, Mr Kohli had met Miss Proles at the St George’s Tennis Club in Weybridge, Surrey and began a relationship with her. The pair lived together for a period of time before the birth of their child, with Miss Proles claiming that her beau even proposed. The pair lived apart during the last months of Miss Proles’ pregnancy, but it is clear that Kohli did form a relationship with his daughter before he died.

The case itself involves two contentious issues. The main issue is of course to what extent the young girl should be granted the “reasonable provision” that Miss Proles has called for. However, the Inheritance (Provision for Family and Dependants) Act 1975 requires that the deceased be domiciled in the UK when they died - it is this hurdle that is proving the crux of the legal battle.

‘Domicile’ in a legal sense has a meaning beyond the usual reference to a person’s house or home. It is perhaps most easily explained as being the country which is a person’s permanent base. Whether a country is a person’s domicile is decided by taking into account a series of factors set out in previous cases. Miss Proles’ argument is that Mr Kohli was domiciled in the UK when he died even though he passed away in India, while Mrs Kohli argues that India was her husband’s domicile from birth and that this never changed. As a person cannot have more than one active domicile, Miss Proles will have to show that Mr Kohli’s domicile changed during his life.

In Miss Proles’ favour are the facts that her beau seems to have been an entrenched and lively figure in his social community in the UK – joining an exclusive inner group at his tennis club and forming relationships with Miss Proles and his daughter. He also ran his property business from the UK.

On the other hand, Mrs Kohli’s argument that her husband did not mean to abandon his life and his domicile in India is backed up by the fact that he had family there and that when he returned there as a cancer patient he supposedly “never intended to come back” to the UK. In addition, the strength of her husband’s ties to the UK may not be as great as they seem – Mrs Kohli’s counsel contends that he had expressed disappointed in regards to his relationship with Miss Proles and, according to a friend’s submissions, he at times doubted his paternity of the child.

If the domicile issue is settled in Miss Proles’ favour, she can go on to make a case for the court to issue an order under the 1975 Act that would alter the way Mr Kohli disposed of his assets in his will, on the grounds that it “is not such as to make reasonable financial provision for the applicant”. Whilst it may seem counter-intuitive to challenge decisions recorded by a deceased parent in their will, the UK is relatively lenient on this matter compared to other jurisdictions. For example, in France, the law demands that a specific portion of your estate is set aside for any offspring regardless of age or dependency, whilst in the UK any order to stray from the deceased’s will is based on a child being dependent upon them, hence requiring maintenance. The case continues.

A new domicile acquired by severing all links with one's domcile of origin.

The default domicile. This will most likely be the country in which your father was domiciled at the time of your birth.
“Ayesha Vardag - Britain’s top divorce lawyer.”

The disappearing £340,000 in the case of S v S
This site uses cookies. Find out more. Continued use of this site is deemed as consent.   CLOSE ✖