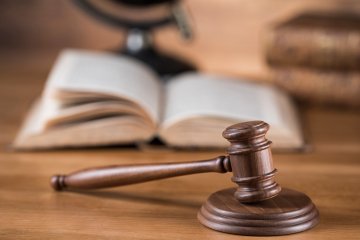 The case Azizi v Aghaty EWHC 110 (Fam), reported at the end of January, highlights the problems that can arise from language barriers and a lack of translation services in court.

Both parties were born in Iran, but began to cohabit in the UK in or around November 2000, and were married in July 2001. The parties have one child, a son of almost thirteen.

The sole matrimonial asset in the UK was the former matrimonial home: a property in Kent, held in joint names and with equity of c.£48,000. However, H also contended that the parties had purchased a flat in Tehran, paid for using H’s funds, but held in W’s name. W had no income and was dependent upon state benefits, while H’s income was around £28,000 per annum.

W left the matrimonial home in 2007. Although the parties disputed the extent to which there were sporadic reconciliations, it was agreed that the pair had permanently separated by 2011. H petitioned for divorce in February 2012.

However, W had previously been married in Denmark, in early 2000. It subsequently transpired that this first marriage was still subsisting at the time of her marriage to H.

Both parties were litigants in person, and W had a limited command of the English language. This caused difficulties enough that the matter went through three directions hearings during the course of 2014, before being listed for a final hearing before a Deputy District Judge.

At the final hearing in January 2015, the DDJ ordered that the Kent property be transferred into H’s sole name, and that 75% of W’s property in Tehran (which she continued to contest was not even her asset) also be transferred to H. No order was made for maintenance, nor was there consideration of this issue in the judgment.

W’s appeal against this order, in which she was represented pro bono, was heard by Holman J on 13 January 2016.

The main ground of appeal: the DDJ erred in finding that the Wife had committed the offence of bigamy and had lied about it in evidence.

Holman J describes as “striking” the DDJ’s decision to transfer the only matrimonial asset of significance from the parties’ joint names into the sole name of H, in light of the parties’ respective financial circumstances.

The DDJ’s decision to make an order in such terms was based upon her findings that the Wife had committed bigamy, and had lied about this fact in her evidence in these proceedings. The DDJ had referred in her judgment to the authority Rampal v Rampal EWCA Civ 989, which provides that bigamy does not provide an absolute bar to a party’s claims for financial relief, but that a DDJ must exercise “proportionate judgment after careful scrutiny of the nature of the crime”.

However, Holman J found that the DDJ’s view on this issue – that W had committed bigamy and lied in her evidence – was effectively the most important factor influencing the order made.

Holman J therefore considered whether the DDJ’s conclusions were “fairly and reliably justified by the evidence in this case”. No written evidence had been provided by the parties during the course of the proceedings, and therefore the evidence, such as it was, was set out in the transcript of the final hearing. Holman J found as follows:

Since these findings were not justified on the evidence before her, Holman J concluded that the DDJ’s decision had to be set aside, since it was neither reliable nor soundly based. He considered this to be decisive, and therefore did not give further substantive consideration to the remaining grounds of appeal. The matter was remitted for redetermination to a full-time District Judge.

Holman J mentioned two further grounds of appeal, which he did not reject, but did not think necessary to consider fully, in light of his decision to set the order aside on the basis of the main ground. These were:

1) That there had not been sufficient consideration given to the factors set out in s.25 Matrimonial Causes Act 1973.

2) W had also obtained permission to adduce fresh evidence on the appeal, providing copies of a text message exchange between the parties after the final hearing. During that exchange, H appeared to admit that he had lied to the court. This is in contrast with the DDJ’s finding that he had been a reliable and honest witness.

3) Despite the presence of a Farsi interpreter at the third directions hearing, the judge at that hearing did not order such an interpreter to be present at the final hearing.

Holman J pointed the finger of blame not at the DDJ, but at the “almost wholesale abolition of Legal Aid”. The parties’ submissions at the final hearing, at which both were litigants in person, whose first language was not English, were the only evidence upon which the DDJ could make her findings, which ultimately proved to be flawed. Holman J also lamented his lack of any practical power to deal himself with various procedural irregularities in relation to the main suit, and the fact that, in our computer-dominated times, for him to attempt to do so would “perpetuate the present procedural mess”.

Nuptial Settlements
This site uses cookies. Find out more. Continued use of this site is deemed as consent.   CLOSE ✖