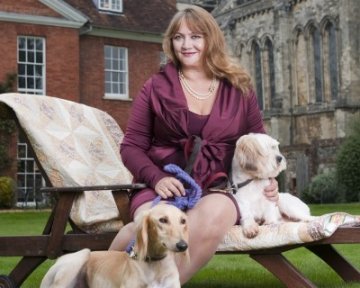 Working as a divorce lawyer can be a game of two halves. As an entrepreneur, lawyer and employer, I work alongside some of the brightest minds around, often fiercely independent women who are keen to forge their own paths. Indeed many of my clients fit into that mould too. But sometimes I get to see the opposite of that: a determination to keep women away from independence.

I have experienced this in employers earlier on in my career. I had some tough employment situations as a mother, being told that where I worked had “no f***ing maternity leave”. Being told that I was “damaged goods”. As if being a mother automatically put me into the realm of the also-rans.

Setting up my own business allowed me to get away from that, make my own rules and build an environment where women – and indeed men – can flourish. The fact is that the old-fashioned workplace agenda was set by middle-aged men who could rely on having wives at home to bring up the children. It suited them back then, but these days I don’t think it benefits either men or women. Marriages based on mutual respect and fulfilment are the healthiest, and independent mothers encourage independence and strong minds in their children.

It’s always been a cause close to my heart to empower women, and through them, their children. As well as being a huge advocate of women having both a career and children on their terms, I am also a passionate believer in children’s voices being heard in the courts, having a say in their futures when parents are going their separate ways – when the children have sufficient maturity to be heard. Having Baroness Hale call for children to be listened to in the courts in recent weeks is a hugely positive step.

One of the ways in which the playing field can be levelled for men and women is by men being taken seriously as carers. It’s a win-win: if men muck in with the childcare it enables mums to keep a foothold in their careers. It also paves the way for change in the way the family courts view fathers too – they should be viewed as indispensable in a child’s life.

The courts are getting better at more balanced child contact arrangements, but there’s still a way to go. I have no time for mothers who attempt to keep their children away from their exes; a child should always have an ongoing relationship with their father unless there’s an egregious reason to the contrary.

To help make the playing field just that bit more level, at Vardags I’ve set up a Rolls Royce parenting package so that our brilliant, talented women – and indeed men: the plan is for a primary carer of either sex – are not forced to choose between parenthood and a career. We have our women come back after having babies in a way that works for them, as little as they want at first, then building up to what works for them, and for every single day they work we provide them with top quality care for their children at the nursery of their choice. That way they can work slowly back into the game, keep their expertise and their professional standing and stay in line with their instincts about their children. They can do that without the all-or-nothing choices that the boys’ club of the past few decades set up for them.

There are other areas of my life where women can struggle for their independence to be recognised. The family courts are slow to change, and they can still be old-fashioned and paternalistic towards women. England, and London in particular, is famous for its very generous maintenance awards to women after divorce, but this can sometimes do women a disservice. Not encouraging women to pursue their own careers means that they relinquish their earning capacity and can end up being forever dependent on a man for their upkeep.

When I won the case of Radmacher, it struck a blow for women carving out their independence. As one commentator put it, White v White (the 50-50 sharing case in 2000) created equality in marriage, Radmacher created autonomy in marriage. The knock on effect in viewing women not as weaker creatures incapable of being held to what they sign up to but as independent equals has arguably contributed to the shift in the English courts way from lifelong maintenance orders and ‘meal-ticket’ payouts. More importantly than that, it is helping to change the way society views women.

And I’m determined to keep doing it. There’s still so far to go, in the courts, in the workplace and in our homes, to achieve real empowerment for women and children. Having true balance – for both men and women – can of course be a challenge, and it’s easy to end up having a life of two halves and wearing many different hats. But being a working parent makes you a great role model for children. Seeing their mum (or dad) as both an individual with dreams and ambitions, who is fulfilled and financially independent, sets children an unbeatable example for how to live, and, hopefully, sets them on the path to an empowered future.

Ayesha Vardag on Ways to Change the World - Key Quotes
This site uses cookies. Find out more. Continued use of this site is deemed as consent.   CLOSE ✖