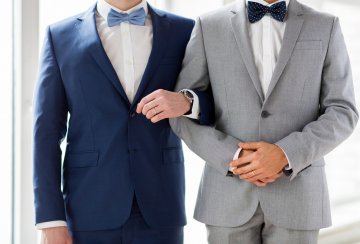 Despite 22 same-sex marriage related parliamentary bills having been introduced since 2004 and recent polls showing that the majority of Australians are in favour of marriage equality, gay marriage has not yet been legalised in Australia. Though civil unions have been introduced in most Australian states, same-sex couples who wish to marry must travel overseas to do so.

But what happens if, later down the line, the marriage fails? In the eyes of Australian federal law, the union never took place and as such cannot be dissolved. Olivia Wilson, interviewed by Buzzfeed this week, discovered this predicament when her marriage broke down in 2015.

Ms Wilson, a researcher from Sydney, travelled to New Zealand to wed her partner in 2013, just one week after the nation legalised same-sex marriage. But when, two years later, Ms Wilson’s wife left her for someone else, she began researching divorce options and found herself at an impasse:

"I was looking at website, downloaded the form and it’s like "husband", "wife". I looked at the New Zealand requirements for divorce and you have to be domiciled. I also have British nationality so I looked up the British requirements, because I know it’s legal there and I thought maybe I could get divorced in England but they said you have to be resident"

To divorce in England, Ms Wilson would have to satisfy the requirements for jurisdiction under the Brussels II regulation. These determine whether a person can seek a divorce in England and Wales and depend on the habitual residence and the domicile of the couple. These complex legal terms respectively refer to the country where a person’s life is centred and the country which they treat as their permanent home.

Unable to divorce without becoming domiciled or residing in the jurisdiction where the marriage took place, LGBT individuals in Ms Wilson’s situation are not only prevented from gaining the closure necessary to move on from the relationship, but are also prohibited from remarrying.

This may also have financial ramifications. Anna Brown, director of legal advocacy at the Human Rights Law Centre, told Buzzfeed:

"Technically, while you remain married to someone, you are required to maintan that person, so people can find themselves in situations where a spouse from an overseas marriage makes a claim on their property years after they have separated, if they do not look after their affairs properly"

This is not the first time that the failure to recognise overseas same-sex marriages under Australian federal law has caused anguish for gay spouses.

In January 2016, the tragic story of a British couple who were on their honeymoon in Adelaide when one of them died in an accident hit the headlines. David Bulmer-Rizzi, the deceased, was declared "never married" on his death certificate by the state of South Australia due to the fact he was husband to another man. Marco Bulmer-Rizzi, his widower, was rendered unable to make funeral arrangements and other decisions related to the death without approval from the deceased’s father, who was named David’s next-of-kin.

Unless federal law changes, though, it is likely that same-sex Australian spouses will, in certain states, continue to risk hitting legal stumbling blocks as they attempt to deal with the curve balls life may throw their way.

Alan Thicke's children in legal battle with stepmother over the late star's estate
This site uses cookies. Find out more. Continued use of this site is deemed as consent.   CLOSE ✖