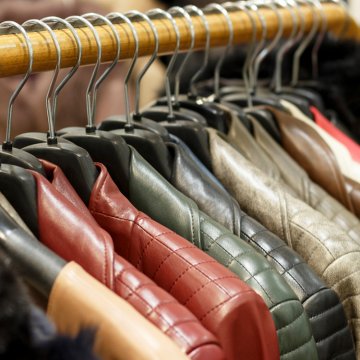 Nick Robertson, the co-founder of online fashion giant ASOS, has sold £46 million worth of shares to help pay for his costly divorce settlement. Last Wednesday he announced his intention to sell 1.6% of the firm’s share capital – 1.3 million shares – to institutional investors.

The move comes after a High Court judge ruled in March that he should give a third of his £220 million fortune to his ex-wife, Janine Robertson. Mrs Robertson had pressed for £110 million, while Mrs Robertson had been determined to give only £30 million.

“I strongly urged the parties to settle the case,” Mr Justice Holman said at the time, “But no compromise has resulted.” Both Mr and Mrs Robertson had run up £500,000 individually in legal fees. He added that Mrs Robertson had “negligible means” at the start of her relationship with Mr Robertson, but while Mr Robertson was the “money maker” in the marriage, Mrs Robertson had been an “excellent home-maker and an excellent mother”, and he determined that both of them had “contributed equally” while they lived together.

However, as Mr Robertson had worked on his business project before marrying, the judge ultimately ruled that Mrs Robertson was entitled to only a third of Mr Robert’s assets and ordered he pay her £70 million, towards which his sale of the shares will contribute. ASOS was founded in 2000, four years before Mr and Mrs Robertson married, and has gone from 20p a share to being worth an estimated £2.6 billion.

The Robertsons split after it came to light that Mr Robertson had moved into a rented home with his former personal assistant Charlotte Balin. Prior to this revelation, the pair has been living apart but had reportedly been making efforts to make their marriage work.

Catherine Thomas on Johnny Depp’s divorce for 5 News
This site uses cookies. Find out more. Continued use of this site is deemed as consent.   CLOSE ✖