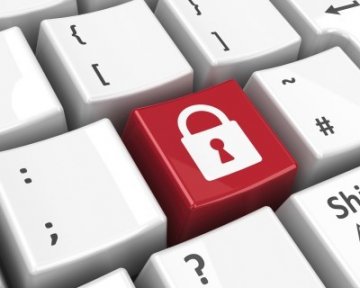 Ashley Madison, a dating site that explicitly targets people who are otherwise attached has been hacked by a group calling itself the Impact Team. Ashley Madison’s notorious tagline is a brief and brazen “Life is short. Have an affair”.

This comes only a few months after French extra-marital dating site Gleedon found itself under fire for allegedly falling foul of the French Civil Code. Hook-up site AdultFriendFinder was also the victim of a cyberattack less than two months ago.

Canadian Ashley Madison is owned by parent company Avid Life Media, which also owns sister sites Cougar Life and Established Men. Both these sites have also been targeted by the Impact Team, the latter in particular. The hackers claim to have gained access to the company’s entire database of clients, meaning that user profiles, as well as financial records, may have been compromised.

The hackers clearly mean business: they’ve threatened to release the sensitive information they’ve gathered from the company’s 37 million users, unless their demands are met – which includes shutting the site down completely. They have already released around 40MB of date online.

Ashley Madison prides itself on being ’discreet’, having won an award for its security measures. To make matters worse for the site, the hacking has exposed a major flaw in its privacy protocol. Users can delete their account entirely for a fee of £15 in the UK and $19 in the US; the Impact Team’s work shows that they did, in fact, hold on to some of these ex-users’ data despite charging for it to be destroyed. To prove it, the hackers have been able to gather a portion of this purportedly-deleted data.

Ashley Madison has denied this in a statement, however. They’ve insisted that, despite the hackers’ claims, their ’paid delete’ process "involves a hard-delete of a requesting user’s profile, including the removal of posted pictures and all messages sent to other system users’ email boxes". However, in a move that may prove to be too little too late, the site is now offering the full delete service for free.

Avid Life Media are based in Toronto but operate their services internationally, with their 37 million users hailing from around 30 countries. Since launching in the UK five years ago, Ashley Madison has accrued around 1.2 million UK members, which amounts to five per cent of the married population.

It’s unclear what the Impact Team’s ultimate aim is, besides a kind of moral outrage. On the face of it, they don’t seem to like either infidelity or the perceived duplicity about data protection. There could be also be a politico-economic factor to their motivation. The Telegraph noted that, while the company failed at an IPO, it generated global revenues of $115m in 2014.

And, interestingly, the moral and the economic factors may not be so far apart. Apparently getting the financial support for the company’s endeavours has been a lot tougher in North America than it has been in Europe; the latter, allegedly, being home to more relaxed attitudes to infidelity.

Whatever the explanation, the Impact Team has demanded the removal of both Ashley Madison and Established Men – the latter being a site that pairs wealthy men with attractive young women – though interestingly, it has not so far, requested the removal of Cougar Life – pairing older women with younger men – even though this site has also had its security breached.

It seems that unfaithful, high net worth men may be raising the hackers’ hackles to a higher degree than unfaithful women.

US Supreme Court rules in favour of gay marriage
This site uses cookies. Find out more. Continued use of this site is deemed as consent.   CLOSE ✖