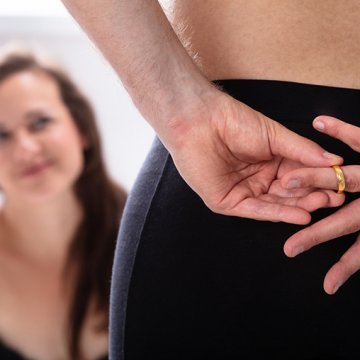 The latest news in the Ashley Madison hack scandal is that there are a lot of members in London. Well, quite a lot. It’s all relative.

Naturally it’s only taken a short time for data whizzes Dadaviz to map out where the accounts originated from, and London ranks ninth in the list. It’s a fairly respectable place to be, lagging far behind the frontrunner, São Paulo, by some considerable margin. In fact, the gap between São Paulo and New York, which is in second place, is quite significant – around 106,000 people.

However, London was the only city in the UK to make the top 25 list, perhaps indicating that Brits are relatively faithful compared to other countries. Certainly the number of Londoners who could have an account – 179,129 – only works out at 2 per cent of the city’s population.

The (relatively) high numbers of potential adulterers in the capital is making an impact on divorce lawyers, though it’s gradual. As Vardags director Georgina Hamblin has stated, the trickle-down effect for divorce lawyers in the wake of the hack attack has been slow but sure. She told the International Business Times:

Our experience is that people don’t jump the moment they discover an infidelity. There’s a period of denial and a period of confrontation with their partner. Although we are pleased that this story hasn’t yet wrecked marriages, we fear that, in the aftermath, it is inevitable we will get more enquiries.

It’s important to note, however, that the numbers on the list released by Dadaviz are not necessarily as conclusive as they might first appear. There’s a distinct lack of email verification at Ashley Madison, meaning that it’s perfectly possible for an individual’s email address to have been appropriated for the site without that individual ever actually having an account with them.

Parents suspected of travelling to join Isis can keep their children
This site uses cookies. Find out more. Continued use of this site is deemed as consent.   CLOSE ✖