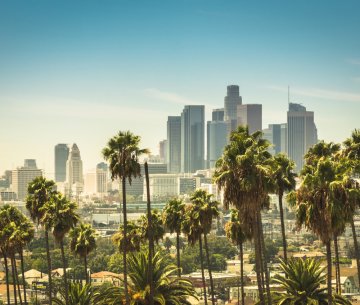 Arnold Schwarzenegger and Maria Shriver are still legally married despite Maria filing for divorce more than six years ago.

Maria Shriver, 62, is a TV journalist and member of the Kennedy dynasty. She supported ex-bodybuilder Arnold in his political career leading to his post as 38th Governor of California, despite telling Oprah Winfrey in 2008 that she had “spent her whole life getting away from politics”. Maria also stood by Arnold when he became front page news in 2003 after being hit with allegations of improper behaviour against women for which he apologised. When discussing this with Oprah she said:

"I look at him with an open heart and I accept him with all his strengths and all his weaknesses, as he does me."

The couple met in 1977 at a charity tennis tournament held at the home of Maria’s mother. They married on 26 April 1986 in Massachusetts at St. Francis Xavier Roman Catholic Church. Together they had four children: Katherine, 27, Christina, 26, Patrick, 24, and Christopher, 20.

The marriage came to an end with the couple announcing their separation in May 2011, a month after their 25th wedding anniversary. In a public statement the couple said:

“This has been a time of great personal and professional transition for each of us. After a great deal of thought, reflection, discussion and prayer, we came to this decision together. At this time, we are living apart while we work on the future of our relationship.”

Shortly after announcing their split, the reason behind it became public knowledge. Arnold announced that he fathered a child with another woman during his marriage to Shriver. He states that:

"After leaving the governor’s office I told my wife about this event, which occurred over a decade ago. I understand and deserve the feelings of anger and disappointment among my friends and family. There are no excuses and I take full responsibility for the hurt I have caused."

Maria followed this statement the very same day to say:

"This is a painful and heartbreaking time. As a mother, my concern is for the children. I ask for compassion, respect and privacy as my children and I try to rebuild our lives and heal. I will have no further comment."

The mother of the child that Arnold fathered during his marriage with Shriver was identified as Mildred Patricia Baena, one of Arnold’s housekeepers. Their son, Joseph, was born only five days after Maria and Arnold’s youngest son, Christopher. Arnold was not aware at this point that Joseph was his son and was only given this information when Joseph was seven or eight.

Despite their public separation, the two are still legally married. The pair, though on good terms and supporting each other at events, have both moved on romantically. Arnold has been with Heather Mulligan for some years now and Maria has been dating, although has recently stated that she is single.

Why the couple have not finalised the divorce proceedings is not entirely certain, though rumours on the issue have been circulating. The couple did not have a prenup and it has been reported that they worked out a property settlement several years ago, outside of divorce proceedings. One of the reasons why they have not taken the final step, it is claimed, is that Arnold is hesitant to ‘give’ Maria $200 million. This sum is calculated from the assumption that their estimated net worth is $400 million and California law will require 50/50 split on divorce if there is no prenup. Another more spurious rumour is that Maria is very religious and does not believe in divorce.

More recent reports have suggested that Maria “would like the divorce to become final, but Arnold is not taking the necessary steps.” However, sources close to him have refuted this stating that “Arnold is not standing in the way of the divorce.”

These various claims are simply hearsay and there is no definitive answer as to why Maria and Arnold still remain legally married despite splitting up and moving on to lead separate lives. Perhaps it seems to be unnecessary to them, assuming that neither is looking to marry again and that the current property and financial division is working sufficiently.. If Shriver and Schwarzenegger ever do finalise their divorce, the curious public and adoring fans will be keen to hear why it has taken them so long.

Elvis and Priscilla’s divorce papers to go on auction
This site uses cookies. Find out more. Continued use of this site is deemed as consent.   CLOSE ✖