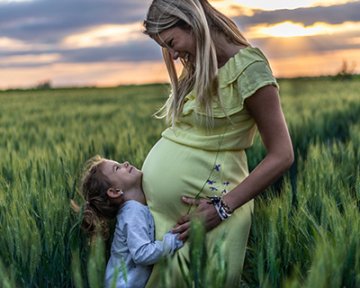 Issues of family law are often used in fiction to heighten drama. Who’s the father? Is she having an affair? Will there be a custody battle? However, a lot of the time what we see on the screen is very different from how things play out in reality.

In this series of blogs I’m going to look at these representations of family law and see how they stack up against their real world counterparts. First up, and perhaps the last place you’d expect the courts to be involved: The Archers.The Archers is one of the longest running soaps of all time, having premiered on Radio 4 in 1950. While it was originally billed as “an everyday story of country folk” these days the BBC calls it a “contemporary drama in a rural setting”. You expect to hear stories of jam-making and sheep shearing when you tune in, but since its debut the program has dealt with murder, bankruptcy and, in a current storyline, domestic abuse. This story follows Helen and Rob Titchner, newlyweds who’re expecting their first child, and therein lies the problem. There was an outcry among listeners in September when Rob appeared to sexually assault his new wife, who not much later fell pregnant. Helen, who already has a young son, has been ambivalent about a second child all along, but at each turn has been talked – or pushed – into going along with the idea by her husband. This is what has recently become known as reproductive coercion. The Committee on Healthcare for Underserved Women defines reproductive coercion as “behaviour related to reproductive health intended to maintain power and control in a relationship” and that such behaviours might include “explicit attempts to impregnate a partner against her will, control outcomes of a pregnancy, coerce a partner to have unprotected sex, or interfere with contraceptive methods.” There are currently no specific laws regarding reproductive coercion in the UK, though it would certainly fall into the category of ‘unreasonable behaviour’ if someone were seeking a divorce. That said, Helen, and many other women suffering this kind of emotional and psychological abuse, may not be in the right place even to contemplate divorce. Sean O’Connor, who edits The Archers, has said: “The next part of the story will be about Helen understanding what has happened to her and we are being advised by professional bodies and by charities on the way this story will develop.” We’ll have to check back in and see if these developments are more family law fact or family law fiction.
“Ayesha Vardag - Britain’s top divorce lawyer.”

India bans foreign-financed surrogacy
This site uses cookies. Find out more. Continued use of this site is deemed as consent.   CLOSE ✖