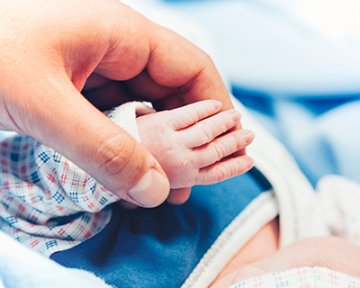 A & Another v C & Another EWFC4 concerned two children respectively born in 2002 and 2004 as a result of surrogacy arrangements entered into in the United States. The applicant parents and the respondent mother and her husband had, quite unusually, remained in contact. The biological mother was even referred to in the family as the ‘fairy godmother’.

Under English law, the birth mother is always treated as the legal mother unless parenthood is transferred by way of a parental order or adoption. In A & Another v C & Another, the applicant parents had obtained a pre-birth order securing their legal relationship. However, when they moved to England in the absence of any English parental order, the surrogate mother and her husband were the legal parents by virtue of ss.33 and 35 of the Human Fertilisation and Embryology Act 2008 (“the Act”).

Section 54(3) of the Act provides that an application for a parental order must be made within six months of the child’s birth. As in many cases, the applicants in this case had no idea that this was a requirement of the law and only became aware after a chance reading of a Sunday newspaper article in February 2016.

The applicant parents made their application for parental orders in March 2016 and filed detailed statements setting out the evidence they relied upon under section 54(4)–(8) in an effort to persuade the court to issue parental orders out of time. The parental order reporter also met the family and prepared a detailed report recommending that the court make a parental order.

Mrs Justice Theis explained in her judgment that save for the application being made out of time, that there was no issue that the relevant criteria under s.54 were all met:

In addition, Mrs Justice Theis felt that the compensation payments made to the biological mother (£12,850 and £14,375) were relatively modest and therefore she felt that the payments were not a cause for concern. Mrs Justice Thesis’ comments were, “I am entirely satisfied the applicants acted in good faith and have no hesitation in authorising the payments made other than for expenses reasonably incurred”.

Mrs Justice Theis explained in her judgment that she was mindful of the public policy considerations set within s. 54(3) of the Act and the need not to discouraged commissioning parents in surrogacy arrangements from making applications for parental orders promptly. However, on balance Mrs Justice Theis felt that the potential impact on the children’s welfare outweighed those considerations and was therefore prepared to issue the parental orders.

With the number of international families and surrogacy arrangements increasing, this judgement (requested to be made public at the request of the applicant parents) was extremely useful to increase awareness of English surrogacy laws.

Woman creates 'parenting prenup' to prevent parental disputes
This site uses cookies. Find out more. Continued use of this site is deemed as consent.   CLOSE ✖