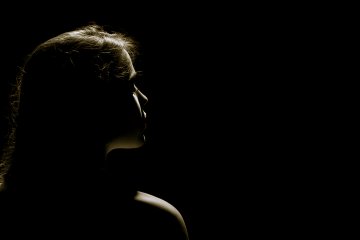 News broke in recent weeks that Apna Haq, a domestic violence refuge specialising in helping women from Asian and other minority ethnic backgrounds, was set to close following a funding cut by a local council. Rotherham council has informed them that their £145,000 contract would not be renewed.

However, there are small signs that all may not be quite lost. First of all, an online petition was launched by web campaigners 38 Degrees, urging people to protests its closure to Rotherham council. This has nearly reached its target number of signatures.

Then news emerged that Rotherham council had thrown the organisation a lifeline, albeit a temporary one, with a pledge of funding for a further six months. While this news has been welcomed, fellow domestic violence organisation Women’s Aid stressed that this would only work as a stopgap.

This lifeline from Rotherham council will help save the lives of women fleeing domestic abuse. The unique expertise and support that Apna Haq provides for BME women is vital, and it cannot be lost. In addition, we urge Rotherham council to find a long-term funding solution for Apna Haq, and we renew our calls to the government to protect our national network of lifesaving domestic violence refuges and find a long-term sustainable funding solution. Short-term solutions will not do, and we will continue to campaign until this is understood and acted upon.

Apna Haq, which means ’our rights’ in Urdu, has existed in Rotherham since 1994 and over the course of the intervening years it claims to have helped over 2,000 women fleeing abusive homes or suffering racial violence.

The work that Apna Haq is especially important because it addresses culture-specific obstacles for the women in its care, such as ‘honour’-based violence. It also provides specific advice for women who, through immigration to the UK on a spousal visa, are dependent on their husband to be their sponsor for two years until they can apply for leave to remain in their own right. During this time, a woman in this situation has no recourse to public funds and is thus economically dependent on her husband.

Anne-Marie Duff praised the protestors’ actions, calling the women %27inspiring%27. She said of their protest, which involved lying down on the red carpet: “What better platform? We were delighted that they felt they were able to do that last night".

In England and Wales, an average of two women a week are killed by a current or former partner.

Anomalies found in nearly half of fertility clinics’ records
This site uses cookies. Find out more. Continued use of this site is deemed as consent.   CLOSE ✖