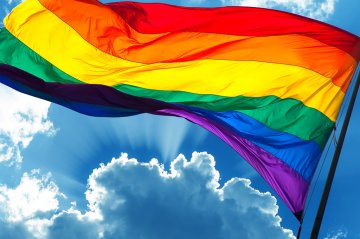 While gay marriage is now legal in the United States, the battle for LGBTQ rights still rages. In some states, gay rights are even losing ground.

This means that businesses and religious organisations will be free to refuse wedding services to gay couples, despite their right to marry. Not only is this discrimination legal, is would be illegal to try to stop it.

The new law also targets transgender people by banning those in North Carolina from using washrooms that do not correspond to their biological sex.

The bill was passed quickly, and with overwhelming support.

State Senate Democratic leader, Dan Blue, said the law "essentially repeals fifty years of non-discrimination efforts", and "would be the single most discriminatory act in the country. This is a direct affront to equality, civil rights, and local autonomy".

This apparent anti-LGBTQ behaviour is not an isolated incident. Earlier this month a Missouri bill, which aims to ban the state from reprimanding those who refuse wedding services to same-sex couples, progressed despite a 39-hour filibuster.

The majority of states lack civil rights laws that specifically protect gay, lesbian, bisexual or transgender people, reports Vox. In such states, people can legally be fired or refused services (including lodging and wedding services) because of their sexual orientation.

While gay marriage was a central issue in the 2012 presidential elections, LGBTQ rights have gone largely unnoticed by the current presidential candidates. Hopefully the country’s new leader will admit that marriage equality is not enough if wedding services and other essentials can still be withheld based on sexual orientation. For marriage to be truly equal in the United States, there is still work to be done.

Marriage, divorce and millennials: Singapore’s singles crisis
This site uses cookies. Find out more. Continued use of this site is deemed as consent.   CLOSE ✖