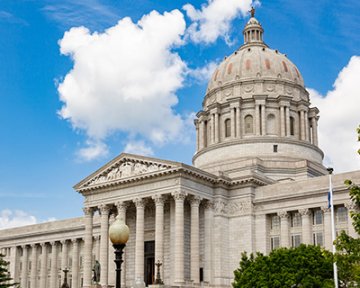 Missouri democrats filibustered what they deemed to be an anti-LGBTQ bill for 39-hours, but failed to stop the bill’s progression.

The bill aims to ban the state from reprimanding religious groups, private individuals, or businesses that refuse wedding services to same-sex couples. Services can include the wedding ceremony itself, as well as the cake, the photography, and so on.

This may seem like a great leap backwards in light of the United States’ recent legalisation of same-sex marriage. However, refusing services on the basis of sexual orientation is already legal in most parts of Missouri. The state lacks a civil rights law banning LGBTQ discrimination.

While the will may not affect gay rights at present, it would amend the state constitution. This would offer a loophole if Missouri were to institute a law protecting LGBTQ people from discrimination; people would be able to cite their constitutional right to refuse service to same-sex brides or grooms.

Moreover, the bill would allow sexual orientation-based discrimination in the parts of Missouri that do prohibit such discrimination, notably in St. Louis County.

Republican senator Bob Onder told the St. Louis Post-Dispatch that the bill is, “a shield and not a sword.”

He cited a recent case in Oregon in which bakery owners refused to sell a wedding cake to a lesbian couple, and then were forced to pay damages. “There was no desire to discriminate against them,” said Onder. “The desire was to not be forced to testify to a religious point of view that she found contradictory to her faith.”

Democrats, however, argue that the bill would constitutionalise discrimination and negatively affect the economy. They noted that after Indiana passed a law allowing discrimination based on religious grounds, they lost $60 million in economic impact following public backlash.

Vox points to this case as a symptom of a larger issue: “Most states don’t ban discrimination based on sexual orientation and gender identity in the workplace, housing, or public accommodations… in most states, it’s legal under state law for an employer to fire someone, a landlord to evict someone, or a business owner to deny someone service — all because of their sexual orientation or gender identity.”

Clearly, this issue extends far beyond wedding cakes. The United States may have been applauded for legalising same-sex marriage last June, but the struggle for LGBTQ rights still has a long way to go.

Marriage, divorce and millennials: teen pregnancy
This site uses cookies. Find out more. Continued use of this site is deemed as consent.   CLOSE ✖