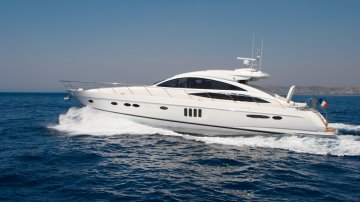 Successful businessman Andy Ruhan, thought to be worth about £200 million, although divorce papers valued his assets at £8.3 million, has pleaded poverty against his wife’s claims to his alleged fortune in the financial proceedings of their divorce.

Mr Ruhan started as a businessman and founded Global Switch, a company providing data centres for investment banks. The company was worth approximately £305 million at the time of the acquisition. Mr Ruhan subsequently became an extremely successful property investor and owned the four-star Cannizaro House Hotel in South West London in addition to a long list of Thistle Group Hotels. As a keen motor racer, he also sat on the board of the Lotus Formula One team from 2013 to 2015. His wide-ranging business portfolio included a company called Global Marine Systems which specialises in sub-sea installation and maintenance, and a South African game reserve.

Given the extent of his success, Andy Ruhan enjoyed a lifestyle that most could only dream of. He spent much of his time sailing the world on his yachts, one of which was even labelled the “most elegant, sophisticated and well-equipped motor-yacht to ever grace the oceans” by Superyacht World magazine. He enjoyed racing in his Porsche and also won the GT Cup Championship in 2011.

Mr Ruhan married Tania in 1997 and the couple lived together in Buckinghamshire in a home estimated to be worth nearly £5 million. The couple’s marriage broke down in 2013 and Tania remained at the Buckinghamshire home whilst Andy lived on a luxury yacht.

Considering the extent of Mr Ruhan’s alleged wealth, the divorce settlement has been predicted by many to be one of Britain’s biggest. When the divorce proceedings began, divorce papers reportedly valued Mr Ruhan’s assets at £8.3 million and his annual income at over £200,000. However, now that financial proceedings have begun in the Family Division of the High Court in London, Mr Ruhan is claiming to be £4.2 million in debt. The crux of the case was summarised by Tania’s lawyer Sally Harrison QC as being whether Mr Ruhan, “who on anybody’s account is a phenomenally successful entrepreneur, has fallen so spectacularly from grace that now he has nothing”.

Mrs Richardson-Ruhan’s lawyers criticised Mr Ruhan for his dishonesty and argued that he only “partially discloses matters and often gives an incomplete history of his financial dealings”, leaving it “almost impossible” for Mrs Richardson-Ruhan to quantify how much her husband is worth. Mr Justice Mostyn said that the dispute over Mr Ruhan’s wealth is “so enormous” that it “dominates the entire disposition”. Indeed the disparity between Mr Ruhan’s assertions that he is £4.2 million in debt and his supposed £200 million fortune is substantial. There have been attempts throughout the proceedings to find Mr Ruhan’s alleged fortune but the true extent of his wealth remains unclear because, as Sally Harrison QC stated, Mrs Richardson-Ruhan’s attempts to locate it have been “torturous and difficult”. Mrs Richardson-Ruhan stated that she is of the belief that Mr Ruhan had set up trusts for her and the children, but these are also yet to be located.

At present, very few financial details have been revealed. It is therefore currently unclear whether Andy Ruhan has indeed lost his great fortune and found himself in debt or whether more details will emerge to the contrary as the proceedings continue. Given that £200 million, £8.3 million, and extreme debt have all been put forward as possibilities, the truth will need to come to light before Mr Justice Mostyn can determine what Mrs Richardson-Ruhan’s share should be following the marriage breakdown.

Whilst the case will be presided in public, Mr Justice Mostyn has said that limitations will be placed on what can be reported. The hearing is expected to take place over several days where Mr Justice Mostyn will be able to form a clearer picture of Mr Ruhan’s true financial position as more evidence is uncovered. If he does indeed discover that Mr Ruhan has been obstructive through non-disclosure, the consequences could be severe, including possible jail time.

An order sending someone to prison for breaches of other court orders.

Marriage Allowance: a tax perk going unclaimed
This site uses cookies. Find out more. Continued use of this site is deemed as consent.   CLOSE ✖