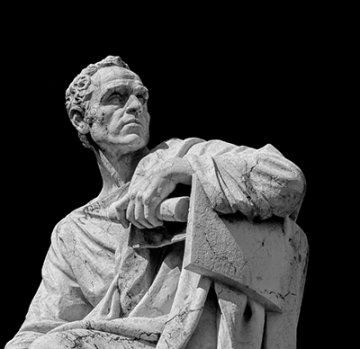 We’re often told that had Cleopatra’s nose been shorter, the whole face of the earth would have changed, but very few people have considered what might have occurred had Cleopatra had a better lawyer.

The Roman world, like our own, was centred around the family. The changing legal circumstances of several high profile families – including Cleopatra’s – had enormous consequences for history and offer a poignant reminder of the eternal necessity of family law.

Many of the central tenets of modern family law are derived from the Roman tradition, not least the English word ’matrimony’, which comes from the Latin word for marriage, matrimonium. The first Roman marriages were between Romulus and the male founders of Rome and the Sabine women, who lived in the areas surrounding Rome. These established three of the central concerns of modern family law: property, citizenship, and children.

Marriage provided an institution, in which the property of two families could be joined, whilst maintaining the legal separability of the property of the husband and wife, should the marriage dissolve. A wife’s dowry, for example, could be returned to her family in the event of her untimely death or the marriage’s dissolution. Especially important in the case of the non-Roman Sabines, marriage also conferred the rights of Roman citizenship upon non-Romans. The children of these marriages would enjoy the same Roman citizenship as their parents.

Inheritance was of major importance to Romans. One particularly famous event involving inheritance was the reading of Julius Caesar’s will. Caesar had named his grand-nephew Octavian (later Augustus, the first Roman Emperor) his adopted son and heir to all his titles.

In ancient Rome, adoption was used as a mechanism by which powerful patricians could designate their preferred heirs. To claim Caesar’s inheritance, Octavian had to travel to Rome to hear the will read and to be officially proclaimed Caesar’s heir. Caesar’s will allowed Octavian to inherit his place in the aristocracy, though a process called arrogation, by which parents could pass on their social standing to their adopted children. It was Octavian’s brave assumption of Caesar’s mantle, and his ability to use the immense wealth he inherited to pay Caesar’s armies, that enabled him to assume greater influence in the Senate – eventually becoming emperor.

Marriage and family law had an important role to play in the downfall of the Roman Republic, since the divorce and remarriage of Mark Anthony precipitated the end of the Republic.

In 31 BC, Roman lands were governed by Octavian in the West and Mark Antony, his arch-rival, in the East. Divorce in ancient Rome was much easier and more tolerated than in our own time. Divorce could be initiated by either party without any indication of fault. Antony, although married to Octavian’s sister, Octavia, initiated divorce proceedings in order to marry Cleopatra, which he duly did. However, as they were married in Egypt, then outside Rome’s legal jurisdiction, their marriage was not recognised by the Republic. This put the citizenship of her children to Antony and their ability to inherit his titles in doubt.

When these children were proclaimed as Antony’s heirs at an Egyptian ceremony, there was an uproar in Rome that non-Romans should inherit a pre-eminent Roman’s citizenship and titles – an anxiety that persists in some areas of the law today. This uproar played right into Octavian’s hands and provided the pretext for his attack against Antony in 31 BC. After Antony and Cleopatra were deposed, Octavian could assume sole rule of Rome, which he did in 27 BC – now recognised as the birth of the Roman Empire.

The Roman example gives us pause to think on how the legal institutions designed to govern and protect the family were used in practice and to ponder the fascinating similarities between the Roman anxieties over property, inheritance and citizenship that mirror our own.

Mythbusting the care home fees cap
This site uses cookies. Find out more. Continued use of this site is deemed as consent.   CLOSE ✖