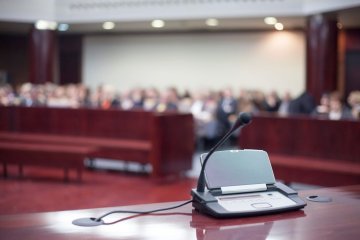 While family lawyers and senior judges call for no-fault divorce to be added to the legal books in England and Wales, the situation in the United States is taking an altogether different turn among some quarters.

In America, it could be said that divorce laws are generally more liberal; the momentum for no-fault divorce began all the way back in 1969 in California, a state that has seen more than its fair share of widely-reported celebrity divorces citing “irreconcilable differences”. It could therefore be argued that it’s easier to get divorced in the United States; or rather, that’s the opinion of some socially conservative legislators who are attempting to make it harder.

They’re attempting to do this in several ways. Firstly, there has been a flurry of attempts to introduce mandatory “cooling off” periods or counselling, with states such as Utah, Arizona and Louisiana being successful in doing so. Utah, incidentally, asks parents wanting a divorce to sit through an hour-long class about the impact that divorce may have on children.

Secondly, there are murmurings about back-pedaling on no-fault divorce. This has been rumbling on for a while; a well-publicised instance of this occurred during the 2013 gubernatorial race in Virginia when Democratic candidate Terry McAuliffe took his Republican opponent Ken Cuccinelli to task for attempting to return the state’s divorce law to a fault-based system.

All 50 American states offer some form of no-fault divorce, whether it comes under the well-known heading “irreconcilable differences” or something similar such as “incompatibility”. England and Wales does not, so divorcing couples here must support their claim that their marriage has broken down by one of five facts – two of which, adultery and unreasonable behaviour – involve assigning blame to the other party.

On top of all this, certain factions among American social conservatives are trying to make changes to spousal maintenance laws, or “alimony”, as they are often known on that side of the Atlantic. In recent years a handful of states have made reforms to the law on maintenance payments including Massachusetts, Connecticut and Florida.

Massachusetts implemented the Alimony Reform Act which came into effect in March 2012. It puts limits on maintenance payments based on the length of the marriage and the income of the working parent, a step that one commentator has noted makes marriage “roughly akin to working in state government”; in other words, being married is like paying into a pension. This legislation does not take into account the contributions that the non-working spouse has made to the marriage, such as raising children. It will of course disproportionately affect women, who are more often primary carers for children and therefore the financially weaker party.

These changes to legislation, which seem to run in counterpoint to the English position on the same issues, imply that there’s a desire to kick against America’s relative liberalism when it comes to marriage and divorce. It’s ultimately rather confused and misguided. While those in favour of making divorce tougher may argue that marriage is an important social good, and should thus be defended through law, it’s surely not smart to try to hold couples together artificially when their marriage is in a state of disrepair.

Also, one factor that seems to escape the notice of such legislators is the negative aspects of acrimonious fault-based litigation on all parties involved, especially children. Fault-based divorce systems necessitate blame and the casting of aspersions in instances where there need not be any, thus drawing parties into a dispute that is often lengthier – and, here’s the clincher – costlier, than a system that allows couples to divorce through mutual consent.

It’s worth noting that while some American states offer “true” no-fault divorce – in other words, only no-fault options are available – others offer both choices. So, while there may be the option of going down the non-confrontational route, there’s a chance to kick up a storm and assign blame…if truly necessary. Should the no-fault option ever materialise in England and Wales, it will be interesting to see whether it will be an additional option or a replacement for the existing grounds for divorce.

Baroness Deech speaks out against hefty maintenance payouts for wives
This site uses cookies. Find out more. Continued use of this site is deemed as consent.   CLOSE ✖