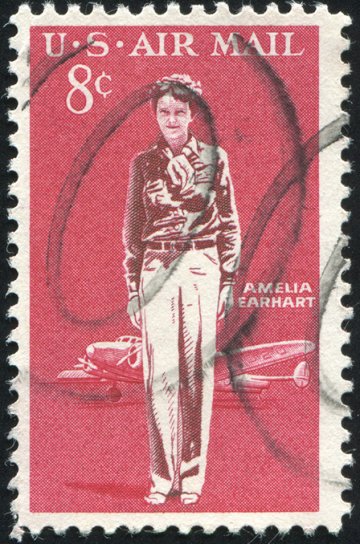 Amelia Earhart was remarkable for many reasons. She was the first woman to fly solo across the Atlantic Ocean, for which she received the US Distinguished Flying Cross, and was a founder of The Ninety-Nines, an organisation for female pilots. With these accolades and her support of the Equal Rights Amendment, Earhart has now become something of a feminist icon.

But before her transatlantic flight in 1932, Earhart had some matters to deal with closer to home. Purdue University, where Earhart was once a member, recently published her prenuptial agreement which reveals a very modern perspective on life and love.

George Putnam, a divorced book publisher, proposed to his beloved Earhart a total of six times before she accepted. At 33 she was already well above the US average marrying age which was 21 and this hesitance came hand in hand with her unconventional decision not to have children. Before their wedding on the 7th February 1931, Earhart decided to write her fiancé a one-page letter setting out her expectations and conditions for their marriage. In this prenup, Earhart expresses concern that her marriage may affect her liberty and, above all, her career:

‘You must know again my reluctance to marry, my feeling that I shatter thereby chances in work which means most to me’

Earhart even suggests a form of open relationship where each spouse is free to do as they please:

The condition that Earhart instates is that, if after one year they find that they are not happy, Putnam will ‘let her go’. This is far from the image of devotion and dependence that we connect with a 1930s wife and demonstrates the great and rare freedom that a career could give to a woman of that era.

Far from repudiating Earhart for wearing the trousers (another fashion that was unheard of in the 1930s), Putnam in fact supported her ambition. In an essay published in 1932, he writes that far from ‘letting’ Earhart fly as a married woman, he encouraged it. It can therefore be said that not only was Earhart a forward-thinking woman of the interwar period, but that her husband also held surprisingly progressive views about marriage and gender relations.

Curiously, Amelia Earhart vanished in the Pacific Ocean during a flight around the world in 1937 so Putnam was left widowed after six years of marriage. Thankfully, despite her abrupt and mysterious end, Earhart’s prenup gives the reader an enduring impression of the position of a woman ahead of her time.

The anxieties that Earhart faced in 1930 chime with how many women now feel, nearly a century on. Sites such as Feministing have drawn a comparison between Earhart’s cautious letter and the increasing ambivalence towards the institution of marriage, manifested in the steady drop in the US marriage rate. Either way, whether approaching marriage as an incorrigible romantic or intractable cynic, Amelia Earhart was right to protect her interests in drawing up a prenup to prepare for the possible turbulence of marriage to come.

Ayesha Vardag discusses her Brexit “rollercoaster” with 5 live
This site uses cookies. Find out more. Continued use of this site is deemed as consent.   CLOSE ✖