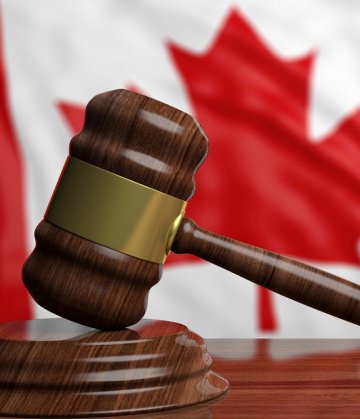 The recently bereaved relatives of Alan Thicke are mired in a messy dispute over the late Canadian actor and songmaker’s estate. Thicke died suddenly of natural causes last December, leaving his two eldest sons, actor Brennan Thicke and singer Robin Thicke, co-trustees of a living trust he had created in 1988.

According to the brothers, Mr Thicke’s widow, Tanya Callau, is challenging the validity of the trust, which divides the lion’s share of the estate between Robin, Brennan and their half-brother Carter, Thicke’s son by his second wife, Gina Tolleson.

A court petition filed by the attorney for the elder two sons reveal that Robin, Brennan and Carter will inherit equal shares of a Carpinteria ranch worth $3.5m, 75 percent of their father’s personal effects and 60 percent of his remaining estate. The trust also includes provision for Ms Callau, their stepmother, who is set to receive the ranch’s furnishings, 25 percent of her husband’s personal effects, a $500,000 life insurance policy, all the death benefits from his pensions and union memberships, plus 40 percent of his remaining estate.

In the petition, attorney Alex Weingarten claims Ms Callau is asserting that there are "numerous problems", not only with the trust, but also with a prenuptial agreement she signed in 2005, the same year she married Mr Thicke:

"Tanya asserts that there is no chance the ’Prenup’ could withstand legal challenge and that she has very significant community rights in the trust’s assets and rights of reimbursement with respect to improvements to the Ranch.

"Tanya also claims ’Marvin rights’ asserting that she had to forego opportunities to pursue and advance her own career in order to support Alan and be his companion and partner, including raising Carter."

Under California family law, a ’Marvin’ claim usually refers to the right of non-married partners "to enforce expressed or implied agreements for support or property sharing in the event of a separation." Though Ms Callau and Mr Thicke married in 2005, they first met in 1999, when Mr Thicke’s youngest son was a small child. Ms Callau’s contribution to the relationship, in caring for Carter and supporting her husband’s career, may mean that Mr Thicke’s separate property (in this case, the assets he gained after meeting Ms Callau but prior to their marriage which are now held in the trust), could in fact be considered shared property.

However, in signing the prenup Ms Callau may have waived her community property rights. The Thicke brothers are, in their petition, seeking instructions from the court on whether this fact will invalidate their stepmother’s challenge to the prenup.

The brothers also assert that Ms Callau "threatened to make her claims fodder for ’tabloid publicity’ unless the Co-Trustees agreed to participate in a mediation and succumb to her demands."

However, in a statement to CNN, Ms Callau%27s attorney dismissed the accusation as a "distasteful public smear tactic to bully" his client and indicated that she intends to handle matters privately "out of respect for Alan%27s memory".

One of the most compelling reasons for comprehensive estate planning is to prevent risk of familial discord over the transfer of your wealth after you die. Considering that Mr Thicke had set up a living trust which he regularly updated, it is especially unfortunate that the fate of his estate has given rise to such acrimony.

While it is impossible to fully map out the future for your loved ones, frank and transparent conversations regarding your intentions for your estate, coupled with a robust will, can help prevent future disputes. This can be especially important where there are complex family dynamics involved, as is the case with the Thicke family.