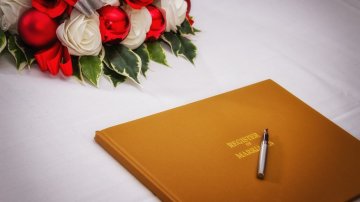 Last year 15 counties stopped issuing licences in protest against the legalisation of same-sex marriage. They stopped offering marriage licenses to couples whether straight or gay, impeding the change without violating equality laws.

Same-sex weddings began in Alabama in January 2015 in a lower court battle where a federal judge struck down the State’s ban on gay marriage. The move came months ahead of the landmark Supreme Court judgement, Obergefell v. Hodges on June 26th that found same-sex marriage to be a constitutional right in the USA.

Alabama has resisted the decision of the US Supreme Court ever since the judgement in June 2015. The Monday after the judgement was announced, Alabama state Supreme Court issued a 25 day ban on same-sex marriage licences. This was the time-frame to file a petition to rehear the case. However county judges were left puzzled by the dubious legality of the state court’s attempt to circumvent national law. In order to abide by the overturning of same-sex marriage bans, judges began to obstruct marriages altogether.

Three county clerks in Kentucky also defied the judgement, most infamously Kim Davis who was ultimately jailed for contempt of court. Despite the more strategic approach of the Alabama probate judges, their legal position may be shakier than they allege.

In Obergefell v. Hodges the US Supreme Court indicated that marriage was a fundamental right. Commentators have suggested that this refusal to issue licences infringes the constitutional rights of couples in that county who want to get married.

It is hardly unprecedented that in a country of over 320 million, national and regional prerogatives should be so at odds. However these ongoing tensions over same-sex marriage amount to a direct clash between federal and national law.

States must at least be seen to abide by the law as set by the US Supreme Court. However with no end in sight to this deadlock gay rights advocates will be disheartened to contemplate that Obergefell v. Hodges wasn’t as decisive as hoped.

The battle over Tom Clancy’s estate
This site uses cookies. Find out more. Continued use of this site is deemed as consent.   CLOSE ✖