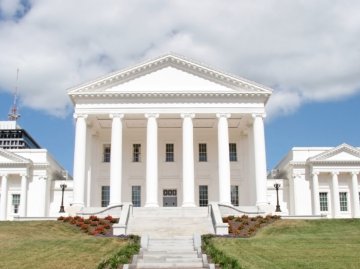 The American state of Virginia has refused to decriminalise adultery. State Bill 174 Adultery, which proposed to change adultery from a criminal to a civil offence, has been rejected by the Virginia State senate after a short debate by the Senate Courts of Justice Committee.

The bill was introduced by Democratic senator Scott Surovell, who observed that Virginia’s legal stance on adultery was "outside the mainstream". He has been campaigning on this particular issue for a number of years.

Surovell’s bill drew the support of the Virginia Family Law Coalition and, more surprisingly, the conservative Family Foundation. Support and opposition for the bill has been politically complex, with several Democrats voting against it.

Adultery is classed as a ’class 4 misdemeanour’, meaning it is not a serious criminal offence, but does carry a maximum fine of $250. The proposed legislation would have kept the possibility of the fine.

Although prosecutions for adultery are very few and far between, eight people have been convicted of adultery in the state in the last decade.

The criminalisation of adultery may affect the division of the parties’ marital assets and debts on divorce, albeit to a minor degree. A more significant disadvantage is that if adultery is a crime, it means that cheating spouses can ‘plead the fifth’ during proceedings, so as to protect themselves from self-incrimination. This is unlikely to be conducive to full and frank disclosure during the divorce process.

Like all fifty of the American states, Virginia offers the option of no-fault divorce. However, it is not one of the seventeen states which exclusively offer no-fault divorce options, so couples can cite the behaviour of one party, such as adultery, as a ground for divorce. There are around a dozen states that still treat adultery as a crime.

In Virginia, citing adultery requires ’clear and convincing’ evidence, which is a higher standard of proof that is required for other grounds for divorce. It also requires ’corroboration’ that the adultery took place, so there must be a third party to confirm it – although circumstantial evidence will do.

To find out more about no-fault divorce, click here

Is “for the sake of the children” reason enough to stay married?
This site uses cookies. Find out more. Continued use of this site is deemed as consent.   CLOSE ✖