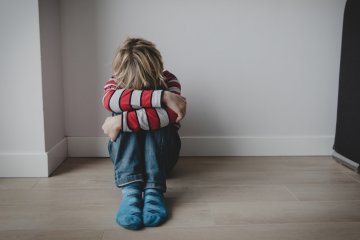 A study conducted by Carnegie Mellon University in Pittsburgh has revealed that children whose parents divorce acrimoniously are three times more susceptible to common infections up to 40 years later. It also discovered that the children of couples who divorced amicably were no more likely to have weak immune systems in adulthood than children whose parents remained married.

The experiment involved 201 adults, of which 118 were men and 83 were women, whose parents either stayed together through childhood (109), separated but remained on speaking terms (41) or lived apart and never spoke (51). The participants were quarantined in a hotel and each was given nasal drops containing rhinovirus- the cause of the common cold. Over five days, they were monitored to see if they developed respiratory illnesses. In the end, 149 participants showed signs of infection but only 60 developed a full cold.

In addition, the study highlighted the fact that there are rising rates of asthma and heart disease in adults who experienced a distressing divorce as children. Previous research has also revealed that people who witnessed difficult divorces as children are much more likely to develop mental health problems and relationship difficulties.

The lead author of the study, Dr Michael Murphey, commented that heightened stress in childhood can have a significant negative impact on immune systems:

“Early-life stressful experiences do something to our physiology and inflammatory processes that increase risk of poorer health and chronic illness … This work is a step forward in our understanding of how family stress during childhood may influence a child’s susceptibility to disease 20 to 40 years later.”

But all too often, the anguish of a bitter break-up does not end at decree absolute. Parents who battle with each other over divorce are far less likely to be able to agree peacefully on child arrangements and co-parent effectively. Considering the specific strain that children endure owing to their parents’ divorce, Dr Murphey said that children are often used as “an intermediary” between parents who no longer communicate or used as bargaining tools or weapons against the ex-partner.

However, the study also shows that divorce doesn’t have to be a traumatic experience. Dr Murphey’s co-author, Sheldon Cohen, Professor of Psychology at the university, emphasised that “all divorces are not equal” as only the children who endured acrimonious divorces suffered long-term health problems. The crucial fact to draw from this study is therefore that it is not divorce itself which causes children extreme stress, but rather the manner in which it plays out.

For this reason, this study gives powerful weight to the campaign for no-fault divorce in England and Wales. Owing to the fact of ‘unreasonable behaviour’, the UK courts currently encourage separating couples to accuse each other of wrong-doing in order to secure a divorce. Introducing no-fault divorce would help to avoid this vindictiveness by offering couples a way to divorce without tearing each other, and their children, apart.

This study demonstrates that ‘good divorces’ do exist and indeed should be aimed for at all costs if there are children involved. It stands as proof that, until our courts legislate no-fault divorce, the damaging effects of rancorous divorces will continue to felt by separating couples and their children for decades to come.

Father challenges the family courts to uphold their pledge to transparency
This site uses cookies. Find out more. Continued use of this site is deemed as consent.   CLOSE ✖