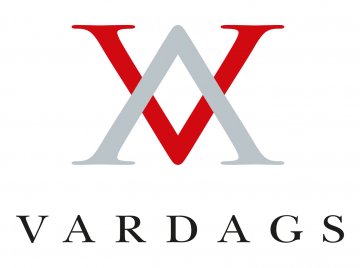 Broadly defined as the power of the state to protect the interests of vulnerable people—usually children—by assuming control over their affairs, wardship is a centuries-old legal concept.

Today, if a child is found to be at-risk, the High Court may, in rare cases, exercise its inherent jurisdiction and make them a ward of court. This means that the High Court assumes temporary guardianship over the child and that all significant decisions pertaining to the child’s life will be subject to approval from a wardship judge.

While wardship is now only granted as a last resort means of preventing a child from harm, a quick glance at the history books shows that this was certainly not always the case.

The origins of wardship

Wardship has its roots in the feudalism of the Middle Ages. If a lord’s tenant died before his heir reached the age of majority, the lord would receive custody of the lands held by the tenant and the right to arrange the heir’s marriage. The lord would enjoy the profits of the estate for as long as the heir remained his ward: until the age of 21, if the ward was male, or until the age of 16, if the ward was female. Similarly lucrative was the right to marry the heir to a person of the lord’s choosing. The lord could generate revenue to selling his ward into marriage, which also presented the opportunity for strengthening social alliances.

Wardship was itself a commodity to be bought and sold. For a price, wardship could be transferred to another person of high status, or to a member of the ward’s family. Unsuprisingly, this incarnation of wardship often had little to do with protecting the welfare of a child, instead functioning a means of administering property and profiting of an estate.

Under the feudal system, the king had his own wardship rights over the heirs of tenants-in-chief. Again, these rights could be sold to the highest bidder, or instead granted gratis as a means of rewarding a courtier for services performed. During the early 1540s, with Henry VIII on the English throne, the Court of Wards and Liveries was established as a means of administering the dues owed to the king in the event of a tenant-in-chief’s death.

Following the abolition of feudal tenures in 1646, the Court of Wards and Liveries became obsolete. In 1660, when it was formally abolished, wardship jurisdiction reverted back to the Court of Chancery. As Butler-Sloss LJ puts it in Re W (Minors), it was here that "the modern protective jurisdiction over children was developed".

In the 19th century, greater emphasis began to be placed on the child’s welfare when it came to wardship. 1857 saw wardship extended by statute to protect children affected by divorce, with the enactment of the Matrimonial Causes Act 1857. Later, the Guardianship of Infants Act 1886 came into force, stipulating that when making decisions relating to care of a child, that child’s welfare must be taken into consideration.

However, applications to make a child a ward of court were few and far between in the 1800s, with wardship jurisdiction generally only invoked where there was substantial property involved. Wardship became more common in the 20th century, used by local authorities in order to protect children from abuse or neglect by removing them from the care of their parents. The Family Law Reform Act 1969 gave the High Court power to place a ward of court under the care or supervision of a local authority.

Wardship and the Children Act 1989

Twenty years after the enactment of the Family Law Reform Act 1969, with the introduction of the Children Act 1989, the High Court lost the power to place a child in the care of a local authority by exercise of its inherent jurisdiction. The Act also prevented the High Court from making a child subject to a care order a ward of court. However, it did not do away with wardship altogether. Instead, it introduced statutory provisions to deal with the majority of circumstances in which wardship jurisdiction would have previously been appropriate.

As Practice Direction 12D of the Family Procedure Rules makes clear, wardship proceedings "should not be commenced unless it is clear that the issues concerning the child cannot be resolved under the Children Act 1989."

A local authority may still make an application for wardship, but only if they obtain leave from the court. Per section 100 of the Children Act 1989, the court only grants leave if it is satisfied that:

a) the desired result "could not be achieved through the making of any order" which could be made by any other means that the local authority is entitled to apply for,

and b) there is "reasonable cause to believe that if the court’s inherent jurisdiction is not exercised with respect to the child he is likely to suffer significant harm".

Owens v Owens: wife to tell Supreme Court that she should not have to prove 'unreasonable behaviour'
This site uses cookies. Find out more. Continued use of this site is deemed as consent.   CLOSE ✖