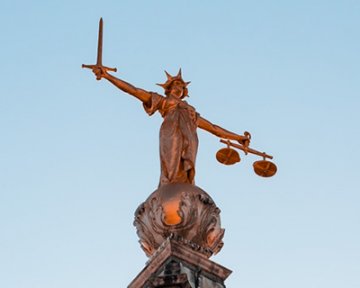 Once again, the increasing complexity of modern relationships has been exemplified within the arena of family law. Three reports, which have been released as redacted versions of earlier judgments by Mr Justice Cobb in order to protect the parties’ identities, reveal details of a case that has been ongoing for six years: A & B (Children) EWHC 818 (Fam).

The case involves a claim for child contact from a gay man and his partner, who had entered into an informal ‘known-donor’ fertilisation deal with a lesbian friend and her partner. This differs from conception through anonymous donation. At the centre of this case are two sets of gay couples: one of the men (the biological father of the children involved) donated his sperm to one of the women (the biological mother).

The whole situation, it seems, came about with the best intentions: the creation of a family. However, it appears that bad feeling began when the fathers applied to have contact with the two daughters who resulted from the arrangement, a move that the mothers opposed. Several other parties have become embroiled in the proceedings as they’ve developed and the various parties have incurred legal costs of around £500,000. While relations between the applicants and respondents have become strained, so have relationships between other parties to the proceedings, further complicating the case. Over the course of the litigation, over 30 orders have been made by a string of judges.

Mr Justice Cobb, sitting in the Family Division of the High Court, has ordered that the children continue to live with their mothers under the supervision of social workers. The fathers will be able to write to the older child, as she does not want contact, and they will be able to see the younger child on a specified number of occasions annually.

The complexities involved are huge, both in terms of the different points of law being contested, but also in terms of the emotional and psychological implications for all involved. Mr Justice Cobb, sitting in the High Court, does not seem to have relished presiding over a case that has given him cause to balance, in his words, “the risks of harm.” He has gone so far as to describe the experience as “bruising and distressing”. He holds that the effects of continuing litigation have “irredeemably marred” the children’s lives; furthermore, the biological mother’s mental health has deteriorated.

This case is particularly noteworthy because it links together so many hot-topic social issues as well as legal ones. It’s a case that draws on gay rights, parental rights, how we define a parent – and how that may change with the advent of same-sex marriage and reproductive technologies – and of course, the legal ramifications of donor insemination.

The publication of these reports on this case coincide with the news that, across the Atlantic, Hollywood actor Jason Patric has been granted the right to be recognised as the legal father of a child that his ex-girlfriend conceived via his donated sperm. Similarly to the English case, Patric was seeking ‘visitation rights’ to his child. Earlier in the year during those proceedings, California appeals court judge Thomas Willhite stated that Californian family law “does not preclude a donor from establishing that he is a presumed father.” Those words certainly resonate with the case of A & B (Children).

Understanding pensions in a family law context
This site uses cookies. Find out more. Continued use of this site is deemed as consent.   CLOSE ✖