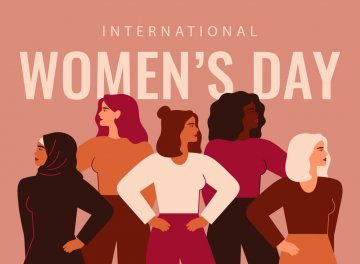 The theme of this year’s International Women’s Day is “pledge for parity”: a rallying cry for both men and women to take action and speed up the journey towards gender equality through tangible, practical measures. Creating an inclusive workplace culture is integral to this aim, and the law has come a long way allowing women the necessary opportunities to forge their own careers. But these gains have been hard-won, particularly for the first British women who sought to establish themselves within the legal sector.

Before we take a look back at these trailblazers, please note that for the purposes of brevity and precision, I’ve chosen to only examine UK women in law. However, as it’s Women’s History Month, I’ll be back next week to celebrate the successes of female lawyers from around the world.

For now, though, let’s turn our attention to Eliza Orme, who became the first woman in the UK to earn a law degree in 1888. As Leslie Howsam, for Atlantis: A Women’s Studies Journal, puts it, this degree was “of dubious value to her livelihood”, due to the fact that it would still be 34 years before women were called to the bar, or permitted to join the Law Society. Nevertheless, Ms Orme’s legal training certainly informed her political beliefs. Orme was an equal-rights feminist yet, as Howsam notes, “her rigorous professional training in law and political theory was manifested in a laissez-faire approach to social questions”. Rather than actively protest against gender inequality, Orme favoured a softer approach: if women work tirelessly to demonstrate their proficiency, then the law will surely change accordingly. One may argue that history indicates otherwise, with Orme’s reputation eclipsed by other suffragettes, such as Sylvia Pankhurst and Emily Davison.

In 1919, the Sex Disqualification (Removal) Act passed, which decreed that “A person shall not be disqualified by sex or marriage from…being appointed to or holding any civil or judicial office or post”, and allowed women to finally enter the legal profession. The First 100 Years project was created to commemorate this act, as we approach its centenary in 2019, and offers a fantastic, ever-expanding collection of digital resources which celebrates the journey of women in law. The archive’s timeline features a diverse set of milestones achieved by women in the legal profession, including the first woman to lead a murder case (Dame Rose Heilbron in 1945), and the first female High Court judge (Dame Elizabeth Lane in 1962, assigned to Probate, Divorce and Admiralty Division).

Despite the fact that the act passed in 1919, it would be three years before any woman was called to the bar -after all, aspiring female lawyers had not only the pervading social stigma of women in the workplace to contend with, they also needed supportive family members willing and able to fund the yearly premium of “something between 300-500 guineas” to get articles.

Whilst, as First 100 Years showcases, women made huge strides within the legal profession throughout the 20th century, wasn’t until 1976 that female intake was over 10 percent at the bar for first time. In the last few decades, however, the number of female solicitors have increased exponentially. In 1997, 32.75 percent of certificate-holding solicitors were women. By 2014, that figure has risen to 48.2 percent, according to the Law Society.

At Vardags, we’re lucky to have a talented and uncompromising female lawyer as our spearhead. In Ayesha Vardag’s own words, “nebulous skills long seen as the domain of women”, such as “emotional intelligence” and “intuition” are now “recognised as solid gold at the top levels of leadership”. Instead of replicating stereotypically masculine qualities in order to be respected in the workplace, “women are now more able to be themselves and thereby to be much more effective.”

Tennis star Chris Evert says menopause influenced her divorce
This site uses cookies. Find out more. Continued use of this site is deemed as consent.   CLOSE ✖