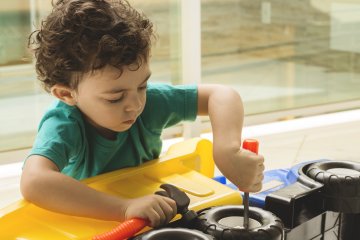 Key statistics have been released by the DWP, concerning the child maintenance arrangements of those families who have had contact with the Child Maintenance Options service (CMO).

What is the CMO?

Child Maintenance Options is often a family’s first port of call in terms of obtaining basic information about what it means to set up a maintenance arrangement. Families must have contact with CMO before they can access the Child Maintenance Service. That service has replaced the well-known Child Support Agency (CSA), which was wound down at the end of 2017 and now handles only those cases that came to it before December 2013. The role of the CMS is to aid parents in working out how much should be paid by the non-resident parent to the resident parent, arrange payments, track down a parent if they cannot be found and chase after outstanding payments, amongst other functions.

Families who got in touch with CMO between May and July 2017 were asked about their experiences in September 2017. The survey focused on what type of child maintenance arrangement these families had in place.

Of families contacting CMO, 41,800 already had child maintenance arrangements in place. That is just under 75% of the 55,900 people who called CMO.

After contacting CMO the vast majority of families in the surveyed period had a child maintenance arrangement in place:

A family-based arrangement is a child maintenance arrangement where the parents come to an agreement between themselves, without the need for intervention by the CMS or family lawyers. They offer certain benefits: they can be very flexible, involving payments as a lump sum, regular payments, payments as a proportion of earnings, or payments for specific items such as school uniform. The CMO can provide a form parents can use to record what they decide in writing.

These results ignore families whose arrangements do not revolve around regular payments. Moreover, they gloss over the fact that only receiving ‘some’ of the sum owed could mean receiving next to nothing, and for some resident parents receiving a payment late has the potential to wreak havoc in the lives of the children.

The impact of CSA involvement

No Contest: a new report recommends no fault divorce
This site uses cookies. Find out more. Continued use of this site is deemed as consent.   CLOSE ✖