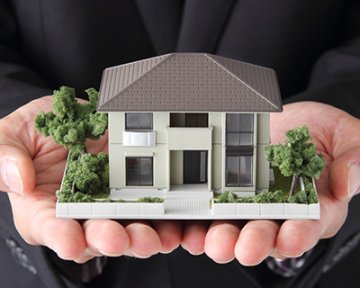 Almost a third of divorces between couples over 50 years of age results in the family home being sold, according to new research.

The study, which surveyed 230 people throughout UK, found that 28 percent of those who divorce in their 50s or later end up selling their family home. Just under half of those who do move into smaller properties and a nearly a third move into rented accommodation.

One of the reasons put forward for this phenomenon is that the children of many over 50s have left the family home at the time of the divorce, and therefore there is less of a drive from either or both parties to maintain the home for their children’s sake.

More than half of those surveyed had been married for 20 years or more prior to their silver divorce and therefore, unsurprisingly, had accumulated a number of shared assets and belongings while together. 21 percent said they had divided furniture with their former partner, 24 percent had shared savings, 10 percent split the proceeds from the sale of a car, 6 percent shared out family heirlooms, and 3 percent took ‘joint custody’ of a pet.

In terms of the motivation behind the divorce, 34 percent claimed a new love interest was what brought it about, while 22 percent told researchers they and their partner had grown apart and 15 percent said the split was their partner’s decision.

Financially, over half of those surveyed said that their divorce had left them worse off, with 31 percent of women and 23 percent of men struggling for money. On the other hand, more than 50 percent also said they were happier in the wake of their divorce, with many going on to discover new hobbies and interests. While male silver divorcees are more likely to find a new partner, their female counterparts are more likely to travel, get a job or enrol on a course.

The researchers, commissioned by Nationwide Mortgages, emphasised the importance of seeking financial advice while going through a divorce, in order to minimise stress regarding that aspect of the process.

War widow must divorce and remarry second husband to claim first husband’s military pension
This site uses cookies. Find out more. Continued use of this site is deemed as consent.   CLOSE ✖