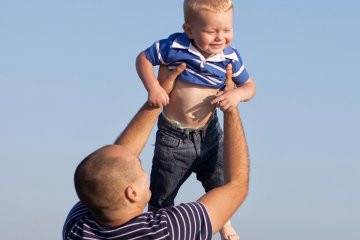 In recent years there has been a notable decline in the USA of sole custody agreements awarded to mothers following divorce. Studies have estimated that shared custody agreements now make up over half of post-divorce parenting arrangements, overtaking sole-mother custody agreements as the most common outcome. This change can be seen as a product of the gradual move towards parental equality, reflecting a societal context where it is now increasingly common for both parties to be working, providing economic support for the family and sharing child care responsibilities both during and after marriage.

This changing pattern of family formations and economic roles is now being recognised and considered by lawmakers in the USA, serving to accelerate the trend towards co-parenting. This year, 25 states have considered laws to encourage shared parenting, including proposals to make shared parenting legally presumed unless there are concerns for the welfare of the child or other mitigating factors. Kentucky passed a law making joint physical custody and equal parenting time the norm for temporary orders while a divorce is being finalised. Lawmakers in Michigan considered a bill to make equal parenting time the starting point for custody decisions and many other states tackled the same issues.

The move to shared custody arrangements has followed developments towards a more gender balanced society and years of lobbying by fathers’ rights advocates who argue that fathers have long been alienated from their children post separation. Historically, courts were guided by the status quo of a ‘traditional’ family, where mothers were presumed to be the instinctive caregiver and main nurturing figure. This resulted in more mothers being granted primary physical custody; reflecting a lingering gender bias in the judiciary.

In recent years, the approach to child custody in the USA has changed to be much more flexible, focusing on the welfare of the child. Statutes implemented in the District of Columbia now include the presumption that joint custody is in the best interests of the child, with the exception of abuse or neglect; a similar approach has been proposed in the state of Maryland and is currently under review.

Benefits to the child

Extensive research demonstrates the benefits to a child from having close involvement with both parents. Many experts argue there is a benefit to stress levels, health and the behavioural traits of children who maintain active relationships with both parents. Recent coverage also noted the element of common sense behind shared parenting and the argument that two heads are better than one when it comes to solving conflicts and providing support, as both parents will be able to support the child in different ways.

However, these findings have been subject to criticism, as it is argued that the children involved in these studies were already in shared parenting situations. Arguably, parents already engaged in shared parenting would have more amicable relationships than former spouses compelled to accept a shared custody court order, thereby creating a less hostile environment for the children.

Some organisations have voiced concerns that the pro-contact approach taken by the court may overlook the safety and well-being of the families they seek to protect. For families where there is a history of violence or where the children did not have a good relationship with one parent, the outcomes of shared parenting were less positive. Women’s rights groups have voiced concerns that stricter shared parenting laws may reduce the protections in place against abusive or controlling former spouses, and may take away the discretion currently granted to judges to determine what it is in the child’s best interests on a case by case basis.

There are also worries that shared parenting would disrupt the child income support regulations in some states. The disparity in assets and earning power between spouses does not disappear at separation. This can leave women who have held lower paid jobs or who are unable to further their careers due to child care restrictions at a disadvantage economically when it comes to divorce and post-marital life and child care provisions.

In the child’s best interest

Ultimately, whilst studies demonstrate the emotional and psychological benefits to children of having relationships with both of their parents, the importance of the legal ‘best interest’ stance is crucial. In this approach, where joint custody is accepted to be the common practice, the judiciary still holds the capacity to make a decision based on any mitigating circumstances that will ensure the best interests of the child are fulfilled and allow the all-important welfare safeguards to remain in place.

The primary concern in children proceedings, looking at what is best for the child's welfare.
“Ayesha Vardag - Britain’s top divorce lawyer.”

High Court rules that trusts owned by ‘Putin’s banker’ Pugachev are a ‘sham’
This site uses cookies. Find out more. Continued use of this site is deemed as consent.   CLOSE ✖