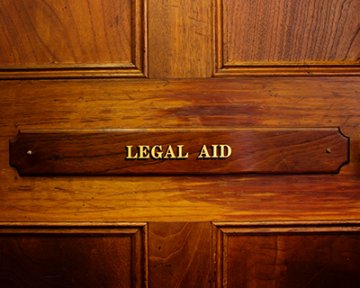 Earlier this week, I wrote a piece on the impact of the Legal Aid, Sentencing and Punishment of Offenders Act (LASPO) on victims of domestic violence.

My earlier blog sets out the thresholds in place. In January 2015, campaign group Rights of Women, applied to the courts for a declaration that the restriction on legal aid was unlawful. The High Court dismissed the application but the campaign group were granted permission to appeal to the Court of Appeal. In an emotive opening, Lord Justice Longmore declared:

The Court of Appeal judges declared the changes to legal aid were invalid because they require the verifications of domestic violence to be given within 24 months before the application for legal aid and because LASPO is not wide enough in its protection as it currently excludes financial abuse.

In coming to their decision, the court considered that the purpose of the statute was to ensure that those who were in the most need, such as victims of domestic violence, could still have access to legal aid. They held that the requirement for the evidence to have been produced within 24 months of the application for legal aid had no rational connection with the statutory purpose of the Act. Lord Justice Longmore stated:

Once it is accepted that part of the statutory purpose is to ensure that legal aid is available to (at any rate the great majority of) sufferers from domestic violence, one has to ask why it is that so many of them are excluded by virtue of the 24 month rule.

The Ministry of Justice has stated:

We are pleased the court confirmed the Lord Chancellor did have the power to set domestic violence evidence requirements. We will now carefully consider the two findings made about the period of time for which evidence applies and concerns about victims of financial abuse.

Perhaps LASPO will be amended to include the ‘safety valve’ referred to in the judgement whereby victims of domestic violence would be given the opportunity to explain why the evidence in support of their application pre-dated the 24 month requirement. We will keep a careful eye on any updates and will write more on proposed changes and implementations.

This judgment is a step in the right direction to ensure more victims have access to legal aid and do not have to face the additional trauma of facing their abuser in an intimidating court situation without legal representation.

The judgment in the case of R (Rights of Women) v Secretary of State for Justice EWCA Civ 91 can be read in full here.

UPDATE: Since the original publication of this article, there have been some changes made to the Legal Aid, Sentencing and Punishment of Offenders Act in relation to domestic violence. In April 2016, the time limit was extended to 5 years and later, in early 2018, was abolished all together. The range of documents which were admissable as evidence of domestic abuse was also widened, with statements from housing support officers and domestic violence support organisations now also admissable.

State pensions and divorce: An update
This site uses cookies. Find out more. Continued use of this site is deemed as consent.   CLOSE ✖