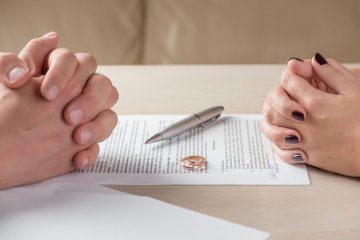 21 divorce petitions have been thrown out of court by a senior family law judge after it emerged that they had been issued fraudulently by a disgraced ex-barrister.

Handing down his judgment in the high court on Wednesday this week, Sir James Munby found that the proceedings were "tainted by deception", dismissing all of the petitions and declaring any divorces void, regardless of whether the couples had since remarried.

The charges were brought by Mr Simon Murray on behalf of the Queen’s Proctor. It was found that between 2006 and 2015, Khalik Bhatoo forged signatures and used false addresses on divorce petitions to deceive the court as to the rightful jurisdictions. Court documents claimed that a number of the parties lived in one of two addresses in Southall, Middlesex, which were found to belong to relatives of the former barrister.

Bhatoo had been disbarred in 2006 after a disciplinary tribunal found him guilty of professional misconduct. He had been convicted for dishonestly obtaining housing and council tax benefits only three years before.

Sir James Munby was dismissive of Bhatoo’s defence which asserted that the addresses were of no importance, describing his statement as "a curious document, containing much bluster and irrelevance which there is no need for me to explore".

Citing Rapisarda v Colladon, Sir James Munby dismissed all of the petitions, regardless of how far into the divorce process they were with the consequence of declaring any divorce decree, whether nisi or absolute, void.

It is possible that a great number of couples may have inadvertently committed bigamy by remarrying after these void divorces. If conducted within the UK, their subsequent marriages will be void in English law. Though bigamy convictions may be unlikely, couples will have to pursue divorce proceedings and remarry. Where these cases have involved foreign nationals who married overseas, this could prove problematic however. Given the Queen’s Proctor’s assertion that the false addresses obscured the right and proper jurisdiction for the divorce, it is very possible that the English courts would not have jurisdiction to accept the divorce petitions.

A criminal offence where one person is married to two people at the same time. The effect of bigamy is that the second marriage is void and can be annulled.

The second order in relation to divorce proceedings, officially ending the marriage.

A marriage treated as though it never existed in the first place because it was unlawful or invalid. Void marriages include marriages where one party was underage or one party had committed bigamy.
“Ayesha Vardag - Britain’s top divorce lawyer.”

Piers Pressdee QC on private children law and domestic abuse
This site uses cookies. Find out more. Continued use of this site is deemed as consent.   CLOSE ✖