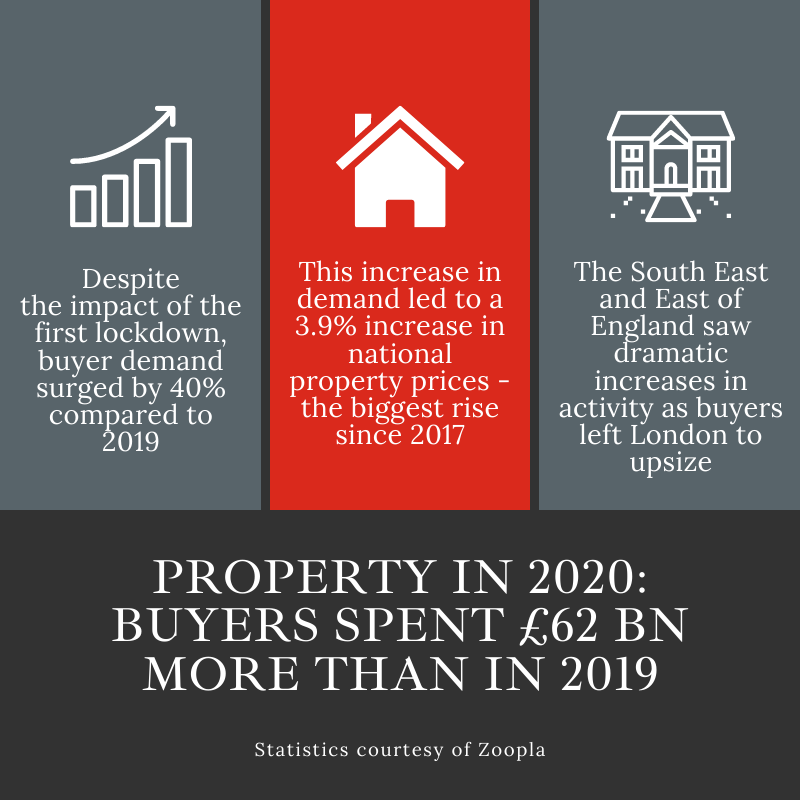 According to figures released by property website Zoopla, 2020 marked a boom in the property market with both the total value of deals completed and the total number of buyers significantly outstripping their 2019 levels.

By the end of the year, the total value of all British property deals will amount to £300 billion, a 26% increase from 2019. Similarly, despite the impact of the first lockdown, buyer demand surged by 40% compared to last year as potential homeowners sought to take advantage of the stamp duty holiday which runs until March 2021.

As previously reported, the upper end of the market is driving this overall growth, something that is intimately linked to the extraordinary nature of this year. Lockdowns have forced people to remain at home and the widespread switch to home working has led many to re-evaluate the importance of their own home – with many deciding to upsize.

This phenomenon is reflected in the regional differences between price increases and activity, with the South East and East of England seeing the biggest spikes in activity as buyers left London. Across the country, sales agreed rose by 9%; in these areas, they grew by around by 22%.

In terms of urban areas, Manchester saw the biggest increase in property values, rising by 5.7%.